Todays post is brought you to you by my “new” donut pan that’s been sitting in my basements for months with no love. Its been a while that I had these gluten free apple cake donuts in my mind but I just never got around to actually testing let alone making any donuts at all. Now that I finally have used it I’m totally in love and cant wait to start experimenting with every donuts flavour out there. I’m already thinking lemon poppy-seed, blueberry pie, and of course chocolate peanut butter. Comment below, which flavours you’d like to see next and I’ll make it happen.

As for these apple donuts, I thought they were the perfect Fall-ish dessert with real shredded apple and maple flavoured glaze. The best part is that believe it or not they are kind of healthy. I mean no dairy, gluten or processed sugars and it still tastes delicious, I promise. 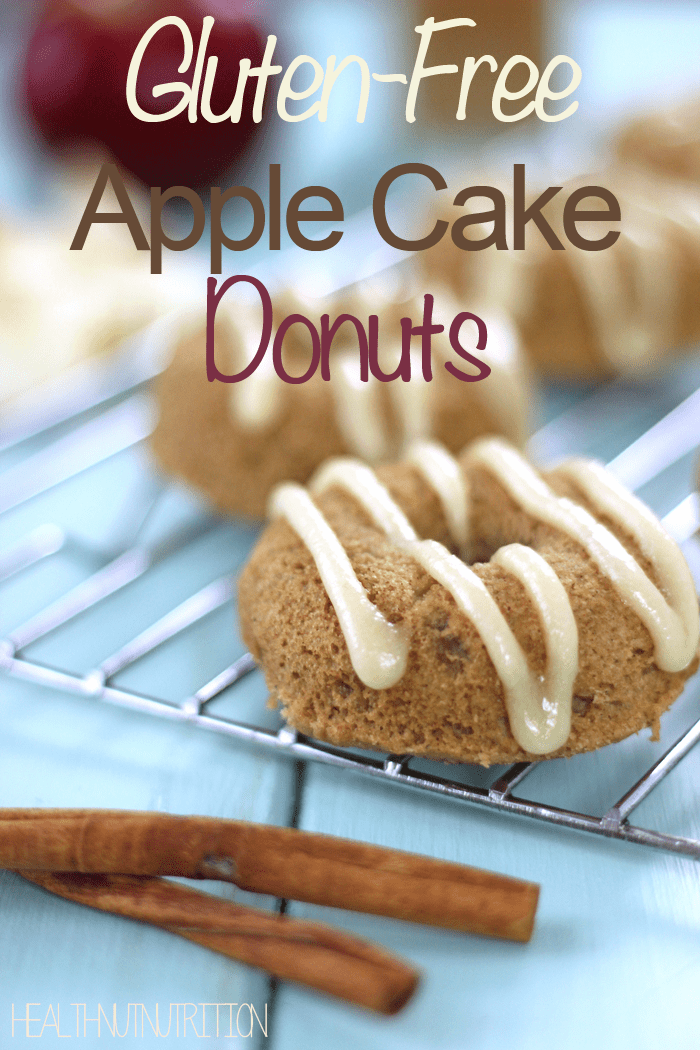 I’ve made 4 batches of these donuts already and they don’t last long in my house. Next time I think I’ll even experiment with a vegan donut option so that my 2-year-old nephew Orrin can eat them too! He’s not vegan but he’s allergic to dairy and egg. 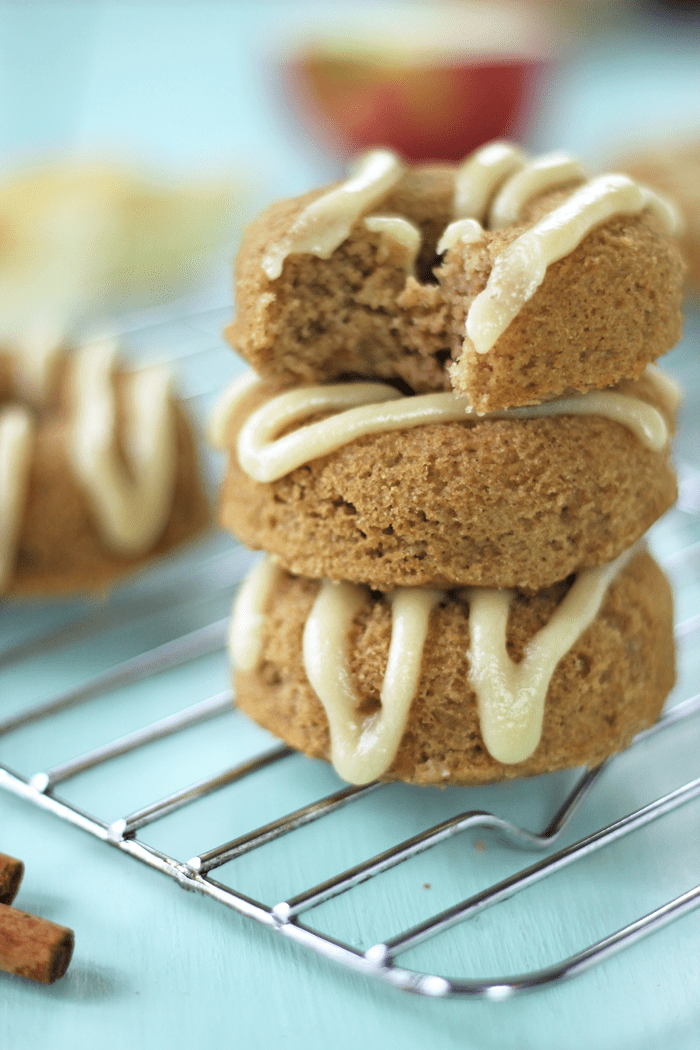 I feel like everyone needs to invest in a donut pan now that I’ve jump on the bandwagon. Ditch the cupcakes and just start baking up some mini donuts at your next party. If you want to make these as soon as possible a regular muffin tray should work just fine. 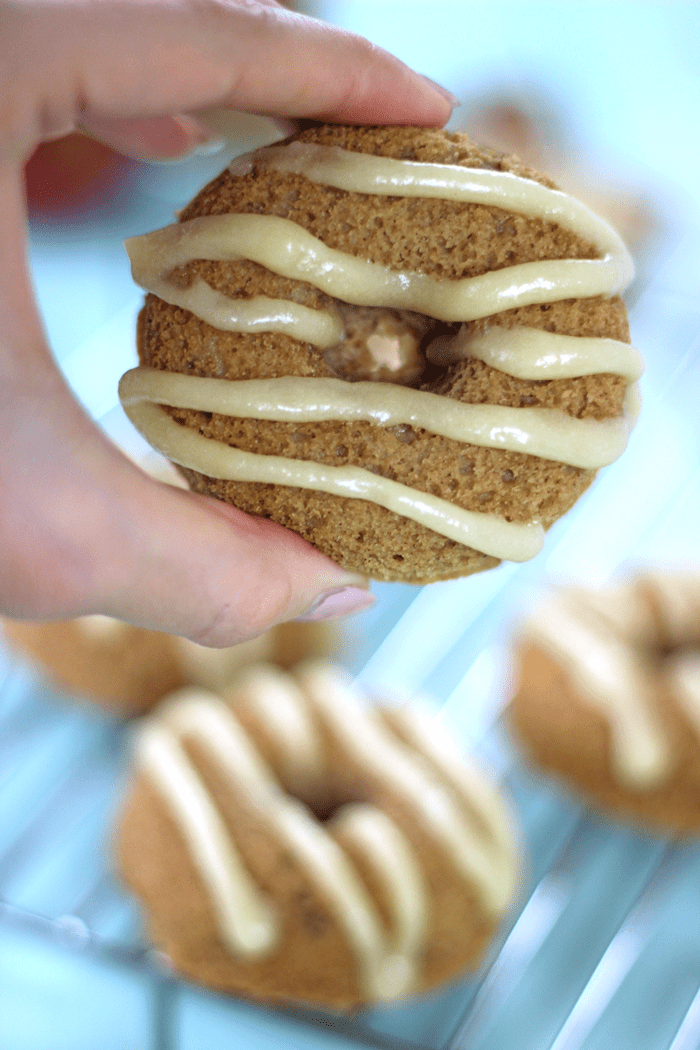 If you’re a fellow Canadian what was or is your favourite donut at Tim Horton’s? When I use to eat Tims all the time I was obsessed with the honey dip ones. So good but so bad I’m sure haha

I cant wait for you guys to bake up a batch of these for yourself and if you do make sure you have people to share them with or before you know you’ll have eaten the whole dozen… OR freeze them.. Would work too! 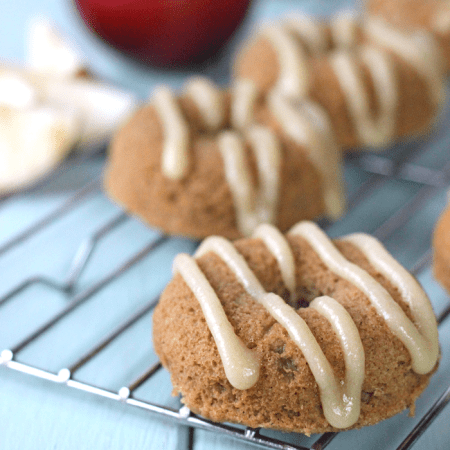 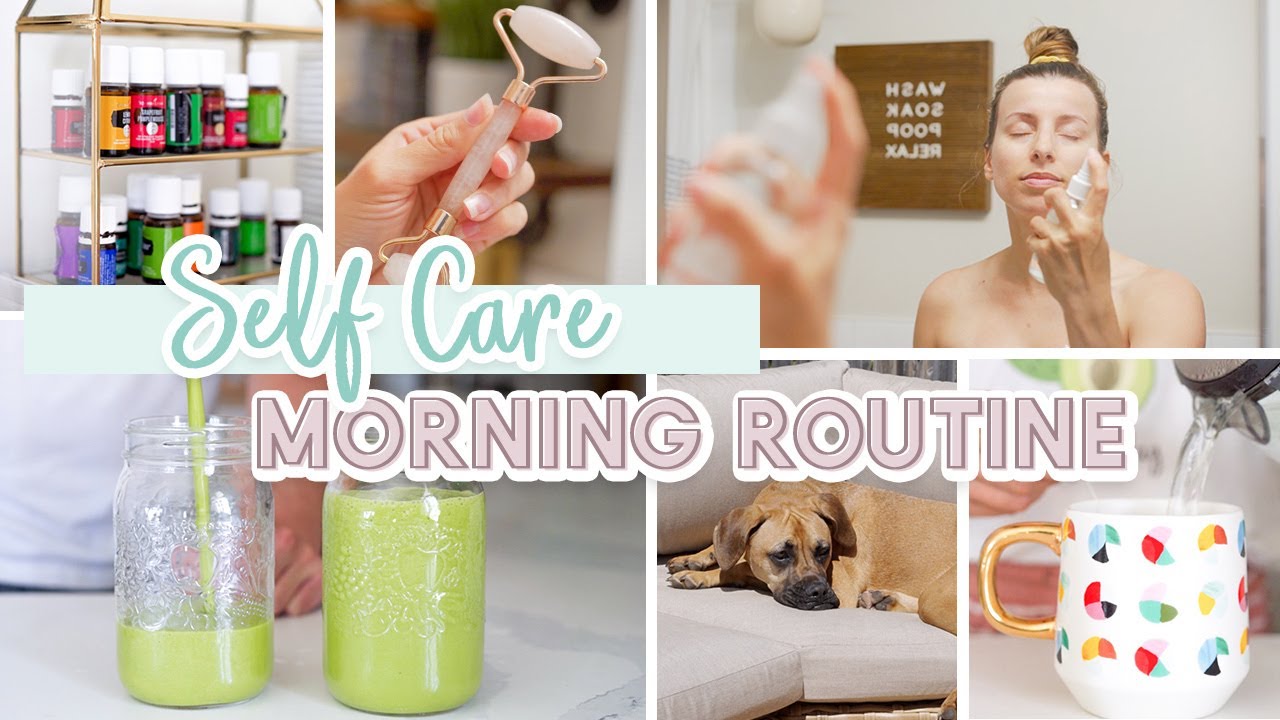